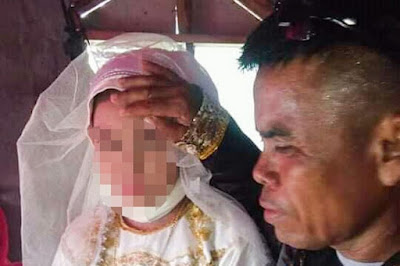 A 13-year-old child bride has been forced to marry a 48-year-old man in a sickening wedding ceremony in the Philippines.

Chilling photos show the man cradling the teen in the town of Mamasapano in Maguindanao province on October 22.

In another disturbing photo he can be seen kissing the young girl on the cheek.

The child bride, who the Mirror has chosen not to name, became Abdulrzak Ampatuan’s fifth wife in a day-long wedding with Islamic religious rites. 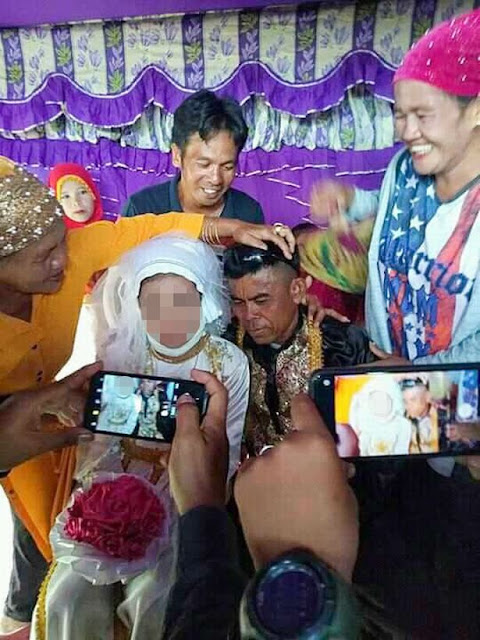 Abdulrzak showed no remorse about marrying a child.

He said: “I am happy to have found her and spend my days with her taking care of my children.”

The farmer plans to have children with his wife when she turns 20.

The groom added that he will send her to school so she can study while waiting for her to be ready to have children.

In some parts of the Philippines, especially in the Muslim-majority Mindanao region, a minor is allowed to marry as long she reaches puberty marked by menstruation.

United Nations Children’s Fund (UNICEF) data shows the country has the 12th highest number of child brides in the world at 726,000 so far.

Girl who started dating at 14, had a child at 17 is shot dead by ex-boyfriend because she won’t go back to him