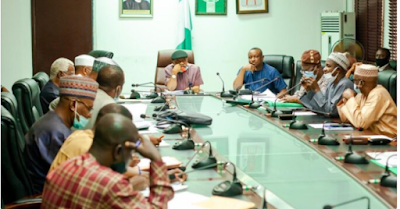 The federal government has finally bowed to the opposition from the Academic Staff Union of Universities (ASUU) over the use of the Integrated Payroll and Personnel Information System (IPPIS) in paying salaries to its members.

ASUU had been at loggerheads with the federal government over the use of IPPIS. The union had presented its University Transparency and Accountability Solution (UTAS) as an alternative.

The federal government had, however, insisted on the use of IPPIS. This, among other issues, had led to the union’s ongoing strike, which is already over eight months.

But in a communiqué issued after its meeting with ASUU on Friday, Chris Ngige, minister of labour and employment, said the government has shifted ground on the compulsory use of IPPIS for paying members of the union.

Ngige also said the federal government has agreed to the union’s demand that its members’ salary arrears from February to June be paid through the Government Integrated Financial and Management Information System (GIFMIS), which is the old payment platform.

The minister said the old payment platform would be used until the dust surrounding the use of IPPIS is resolved.

CHECKOUT:   CAN criticises government over poor treatment of citizens

Ngige added that he is currently working with Adamu Adamu, minister of education, to lift the ‘no work, no pay’ directive earlier introduced by the federal government.

“We are also reviewing how the lecturers will be paid on the old platform until UTAS is ready for usage,” he said.

“We agreed also that the withheld salaries are the component of the issue of ‘no work, no pay’ that was invoked and the minister of education and myself are working on that to get approval for the lifting of the embargo.

“This is a transition period between the formalisation of UTAS, and as soon as we finish this,   the Office of the Accountant General of the Federation, the National Universities Commission  and the vice chancellors are to work together to make sure that the withheld salaries are paid through the old platform, which the Accountant General’s office used in paying the salaries of university workers that were not captured on IPPIS for the months of February , March, April, May and June.”

The minister reiterated federal government’s commitment to also address other demands by the union, while also expressing optimism ahead of the next meeting billed for Friday to discuss when to end the ongoing strike.

“Government has given us some new offers and we have promised government that we will present it faithfully to our members through our organs and report back to government with the position of members on what the government has offered,” he said.

“There is a slight modification to what we got but we acknowledged that some progress has been made in some areas. We will give the government our response by next week after discussing with our members.”

The development comes at about the same time when the government offered ASUU N65 billion to address the union’s lingering strike.