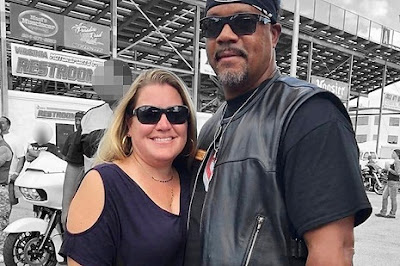 Police say Christina Francis, 41, fatally shot Timothy Francis, 50, before turning the gun on herself in a murder-suicide that shocked neighbors on their quiet suburban street.

WUSA9 reports Charles County detectives responded to a 911 call around 6 p.m. on the 3300 block of Marylea Court after Christina’s father found the bodies. He told police he tried to reach her by phone all day and when he didn’t hear from her, he went to the home and discovered the bodies.

CHECKOUT:   Kunle Afolayan shows off the interior of his home [photos]

According to WUSA9, a neighbor who lives a few houses down saw Christina shortly before the incident.

“She had just walked past me walking her dog… and an hour and a half later, we heard the police sirens,” Delancey Praylow III said.

“It’s sad because it feels like one of your own family members because we were all tight like that,” Praylow said.

“You never know what people go through,” said another neighbor, Demetrius Wilson.