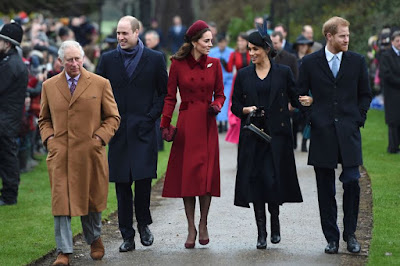 Meghan Markle and Prince Harry’s devastating miscarriage is said to have brought them closer to Prince William and his wife after reports of a rift growing between the two couples.

The Duchess of Sussex, 39, bravely opened up about losing her second child while pregnant in July in a heart-wrenching letter penned for The New York Times last week.

But the tragedy may have had a silver lining as it reportedly helped bring the four together amid reports of a growing tension between the two brothers.

The two reportedly stopped speaking for months after Prince Harry and Meghan announced they would be taking a step back from the royal family earlier this year, according to insiders.

Royal expert and author of Kate: The Future Queen, Katie Nicholl, told OK! : “I’m told that William and Kate were in touch with Harry and Meghan when this happened in July. The whole family has reached out to offer support.

“I don’t know if the royal family were aware she was set to go public with this but they would think it was a hugely brave thing to do.

“I do think a situation like this is what will help heal rifts and bring the family back together. Hard times like this encourage communication.”

Ronaldo tests positive for Covid-19 for third time this month