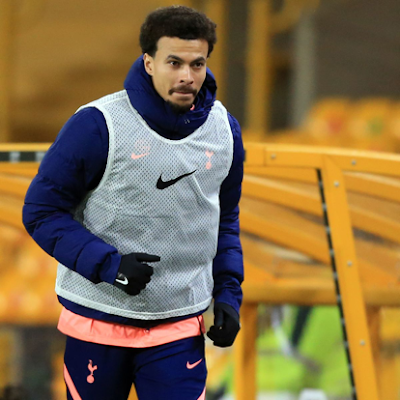 Tottenham Hotspur has set a price tag for their midfielder, Dele Alli, amid interest from Paris Saint-Germain this January transfer window.

Alli has been strongly linked with a move to PSG since Mauricio Pochettino took charge of the French Ligue 1 champions last month.

The player has fallen completely out of favour with Spurs’ manager, Jose Mourinho, this season.

The England international was left out of Tottenham’s squad that defeated Sheffield United 3-1 in the Premier League last Sunday.

According to Le Parisien, Tottenham will only allow Alli to leave Mourinho’s side permanently.

The report added that the North London club would demand a €50 million (£45million) fee for the 24-year-old.

Tottenham and PSG both have until February 1 to get the deal done for Alli.

Alli has made just 12 appearances in all competitions for Tottenham so far this season.