I prefer everyone prospering than having few billionaires – Tony Elumelu 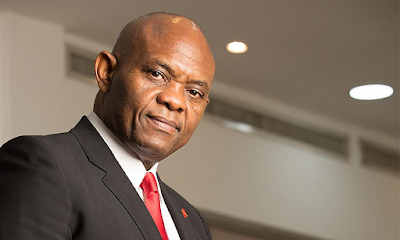 Chairman of Heirs Holdings Tony Elumelu has called on African leaders to think about making prosperity their priority for everyone. Elumelu said he prefers everyone to prosper than money being in the hands of a few billionaires.

He made this known during a fireside chat with CNN anchor Eleni Giokos while discussing changes that have swept across Africa post-pandemic and the future of the continent at the 2021 World Government Summit held in Dubai, United Arab Emirates.

“Instead of us having a pyramid of a few billionaires, I prefer a large base that has prosperity, happier people and people whose basic human needs are met. I think this is what will give us the sustainability we need in Africa,” he said.

The founder of the Tony Elumelu Foundation (TEF) also noted that the COVID-19 pandemic presents an opportunity for African leaders to prioritize driving poverty out of the continent.

“I say it anywhere to people, poverty anywhere is threat to mankind everywhere. And in Africa, you see poverty first hand. So entrepreneurship and support for small and medium-scale enterprises, in my viewpoint, is one of the ways we can address this issue in a fundamental fashion,” he said, calling on African leaders to invest in improving access to electricity in order to digitize the local economy”.

Get it straight and stop wailing, there will never be PSQUARE again – Peter Okoye ASSURES Nigerians