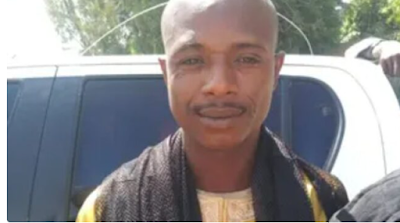 The peace pact the Zamfara state government adopted to curb banditry has suffered a heavy blow after a leader of the bandits reportedly returned to his old ways despite being forgiven.

According to Daily Trust, Auwal Daudawa, who was accused of spearheading the abduction of over 300 schoolboys in Kankara, Katsina state, has taken up arms again, just weeks after he claimed to have repented.

NE could not independently verify the report but the Zamfara governor’s office and the state police command have been contacted for comments.

In February, the bandits’ leader surrendered his arms, which included 20 AK 47 rifles and a rocket-propelled grenade (RPG) launcher, claiming to have turned over a new leaf.

He was received at the Zamfara government house where he announced that “we have voluntarily repented.”

“I learnt from those who repented before me that there was not single plan by the governments through the use of security agencies to harm me and my boys, therefore, we are now back for normal lives like other peace-loving Nigerians,” he had said.

But less than three months after he surrendered, Daudawa is said to have gone back to Jaja forest in Zurmi LGA, apparently to reunite with other bandits.

Daily Trust quoted a security source and two persons close to him as confirming that he returned to the trenches on Monday.

“He called one of his contacts in Gusau to inform him that he had arrived at the forest and decided to pick up arms again,” one of the sources was quoted as saying.

He was said to have been “frustrated” by “the lack of proper engagement” for him and his family after the Zamfara government undertook the responsibility to cater to his welfare.

An unnamed security source was quoted to have said: “His upkeep was being shouldered by the government. I don’t know what it was he needed. Perhaps his tall expectations were not met.”

DAUDAWA IS NOT ALONE — WHAT DOES THIS MEAN FOR ZAMFARA?

Apart from Daudawa, Daily Trust quoted another bandit identified as Shehu Rekeb as saying that “more repentant gunmen will move back to the forest to avoid being targeted.”

Rekeb reportedly accused the state of being insincere in managing the banditry which had forced the federal government to declare Zamfara a no-fly zone.

This could be a major setback for Bello Matawalle, Zamfara governor, who has not minced words on how he prefers dialoguing with bandits in a bid to save residents whose lives have been ruined by their attacks.

In fact, he believes bringing them to the table is the best path to restoring peace as he once said: “The best solution and option to tackle banditry is to seek dialogue with the bandits. If really we want to end this banditry activity, we have to sit at a roundtable and negotiate.”

The governor has also gone ahead to reward repentant bandits to discourage them from crime, offering them two cows in exchange for one AK-47 rifle surrendered.

Leave me out of this, I did not cheat on 9ice – Ex-wife, Toni Payne warns

Middle-aged trader stabs wife to death over money in Lagos