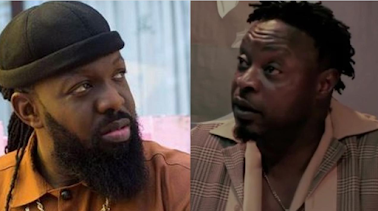 Eedris Abdulkareem seems to have gotten on Timaya’s nerves with his new diss track “Senior Advocate of Nonsense” dedicated to Festus Keyamo.

In the new track the singer dissed the Senior Advocate of Nigeria who also doubles as a minister.

Recall Keyamo had slammed Idris referring to him as an hustler who wanted to ”work for Buhari”, but because he turned the singer down, he turned around to be the Government’s enemy. Keyamo disclosed this after Eedris released Jaga Jaga reloaded where he dissed Keyamo saying he is now chopping with the cabal.

This new diss track however didn’t go down well with Timaya who called Eedris out telling him to stop disrespecting people and should go and work. Timaya also claimed Eedris called him an ingrate.

What Timaya said below…

#EndSARS: Buhari surrounded himself with criminals, who lie to him – Fr Mbaka