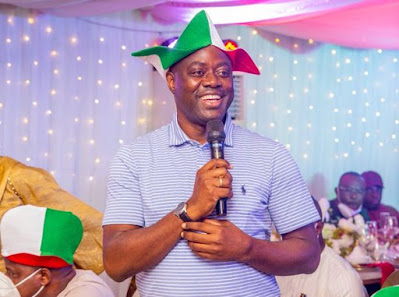 Governors of the Peoples Democratic Party (PDP) have all assembled in Ibadan, Oyo State capital to deliberate on party and national issues.

It is expected that Gov. Darius Ishaku of Taraba and Gov. Ben Ayade of Cross River would join others as the meeting progresses.

The governors, who arrived the conference Centre at exactly 1:10 p.m. in a coaster bus, went into a closed door session.

Feelers from the venue revealed that the gathering of the governors was centred on the security challenges across the country.

The meeting which is being presided over by the chairman of the PDP Governors Forum, Gov. Aminu Tambuwal of Sokoto state, will also discuss issues relating to the progress of the party.

It is expected that a communique will be issued at the end of the meeting.

US election: Trump to make first appearance since ‘defeat’‌