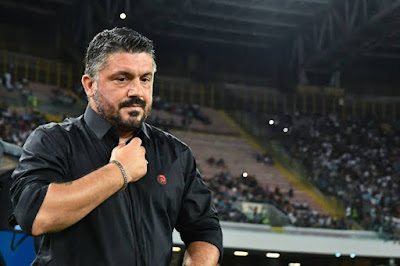 Napoli owner, Aurelio De Laurentiis, has confirmed that manager, Gennaro Gattuso, will leave the club following their fifth-place Serie A finish on Sunday.

Gattuso’s men missed out on next season’s Champions League spot on the final day of the Serie A season over the weekend after playing a 1-1 draw against Hellas Verona at home.

“Dear Rino, I am happy to have spent almost two seasons with you. Thank you for your work and I wish you success wherever you go. A hug also to your wife and children,” De Laurentiis wrote on Twitter after the match.

The announcement confirmed long-running media speculation that Gattuso would depart Napoli when his contract expires in June.

It was followed by a tweet from Napoli’s official Twitter handle that simply said: “Thank you, boss!” alongside a picture of Gattuso.

Meanwhile, Napoli will now play in the Europa League next season, while Juventus will play in the Champions League.