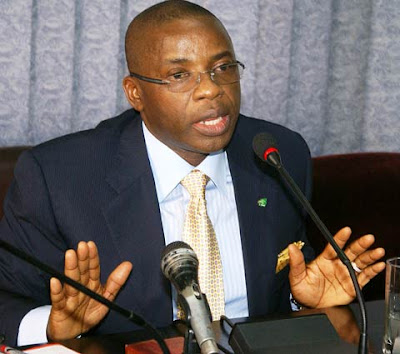 The IGP had preferred a five-count charge against Ohakim and one Chinedu Okpareke, following a petition by Amuchienwa who accused both men of harassment and threatening to release her unclad photos.

Although the police had filed an application seeking to withdraw the charges against Ohakim and Okpareke, the office of the attorney-general of the federation had expressed interest in taking over prosecution of the case.

The former governor is also standing trial on a three-count charge bordering on criminal defamation against Amuchienwa, before a federal capital territory (FCT) high court.

However, in a new charge marked CR/187/2021, the police accused Amuchienwa of providing false information in her petition against Ohakim and his co-defendant.

According to the police, Amuchienwa had accused Ohakim of conspiracy, criminal intimidation, defamation of character, attempted kidnapping and threat to life as well as accepting payment of N500 million for the purchase of a land in Lagos during the 2019 general election.

In count three, the police said she “intentionally exposed your genital organs and intentionally caused distress to other parties and that you did so with a selfie video with intention of deriving s3xual pleasure from such act and you thereby committed an offence punishable under Section 26(3) of the Violence Against Persons (Prohibition) Act 2015”.

Upon arraignment on Thursday, the defendant pleaded not guilty to all four counts.

Yusuf Halilu, presiding judge, granted the defendant bail after Ifeanyichukwu Nwaeze, her counsel, moved an application to the effect.

Halilu ordered the defendant to produce two reputable sureties that are resident in Abuja.

He added that their addresses should be verified by the registrar of the court. The judge also ruled that the travelling documents and international passport of the defendant must be deposited with the registrar.

He adjourned to September 28 for hearing of the substantive suit.