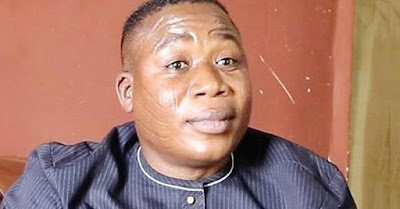 The South-West Governors appear to be keeping mum on the arrest of Yoruba agitator, Sunday Igboho.

Igboho and his wife were arrested on Monday in the Benin Republic at the Cadjèhoun Airport in Cotonou.

The secessionist is fighting against his extradition to Nigeria where he may face charges related to treasonable felony.

Governors of the Yoruba region are yet to take a position on Igboho’s ordeal neither collectively nor in personal capacity.

A source close to the leadership of the South-West Governors Forum said any reaction on the matter would be at the discretion of the chief executives.

“I don’t what their plans are. If they decide to respond, that’s fine. Whatever decision they take individually or as a caucus, we will all hear”, he said.

On different occasions, the governors distanced themselves from calls for Nigeria’s break-up.

Hours after his arrest, the federal government, which has refused to comment on Igboho, commenced the process of bringing him back to the country.

Supporters of the 48-year-old and proponents of Yoruba Nation are demanding his unconditional release.

They argue that the Nigerian authorities are treating terrorists and herdsmen with leniency while going after self-determination groups.

On Wednesday, President, Women Arise and Centre for Change, Joe Okei-Odumakin, appealed to the Beninoise government not to repatriate Igboho.

The fierce activist warned that Igboho cannot be assured of safety or justice in Nigeria.

“Igboho will come to grief if he is extradited under the prevailing circumstances”, Okei-Odumakin said in a statement.