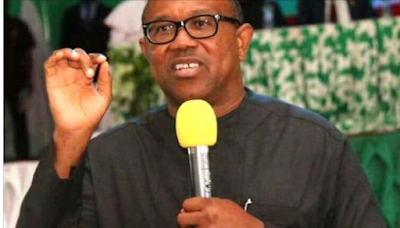 Peter Obi, former governor of Anambra, says “other forces might be hiding behind” the proscribed Indigenous People of Biafra (IPOB) to enforce the sit-at-home order in the south-east.

On August 9, IPOB had announced the enforcement of a lockdown every Monday until Nnamdi Kanu, its leader, is released.

The sit-at-home order is to protest the arrest and detention of Kanu.

On August 13, the group announced the suspension of the order and modified it to whenever Kanu appears in court.

But many residents of the south-east still observe the order despite its suspension.

Over the past few weeks, violent attacks have been unleashed on those who were found flouting the order.

The gunmen also burnt down motorcycles belonging to teachers and students.

Speaking with some journalists on Tuesday at the Lagos airport, Obi said attacks on schoolchildren is an out-of-place behaviour of Igbo people, adding that it is borne out of misguided aggression.

Obi said the education of children is “sacred” because they are the leaders of tomorrow.

The former governor wondered why the sit-at-home still continues despite countless statements from IPOB suspending it.

“Since IPOB has announced suspension of sit-at-home, it is reasonable to suspect that other forces might be hiding behind IPOB to draw back the south-east through such acts as well as the needless call for stay at home on Mondays, a critical day for business/official work, which is only hurting the economy of the south-east,” he said.

“Would investors come to the zone under the present condition? Would established businesses not think of leaving the south-east under such a condition?

“Would traders from neighbouring countries that flock Aba and Onitsha on Mondays not seek and stick with alternatives? Would some industries not think of relocating?”