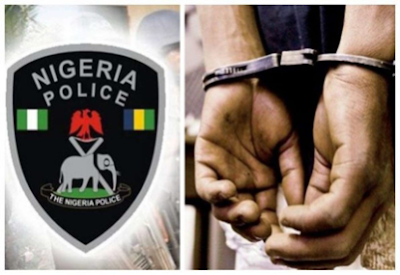 Policemen in collaboration with Vigilante in Abraka, Ethiope-East Local Government Area of Delta State have arrested a suspected cultist, Franklyn Awana with a locally made pistol and fourteen (14) rounds of live cartridges.

He said the teenager was given the gun by senior cult members.

“Suspect confessed belonging to belonging to the Eiye secret cult confraternity and admitted that the guns were handed over to them by their senior cult members.

“One Efe Awana ‘m’, Sylvester Ovie ‘m’, Efeta and others at large.”

According to the Police Image maker, ” Investigation is ongoing.”

Baba Ijesha: Use of an underage child to gather evidence is a criminal offense -Yomi Fabiyi