Ballon d’ Or: Roberto Mancini names player who should win award this year 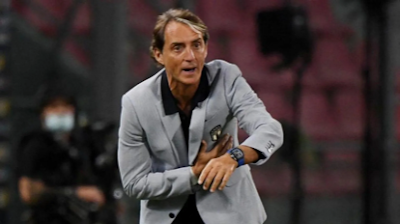 Mancini believes Jorginho deserves the Ballon d’ Or because the 29-year-old has won the Champions League and the Euro 2020, adding that it would be ‘strange’ if he didn’t win it.

Jorginho was recently named among the 30-man nominees for this year’s Ballon d’ Or.

When quizzed about the five Italy players nominated for the Ballon d’ Or, Mancini was quoted by Goal as telling reporters, “They are there because they are good, not because of me.

“Jorginho should, in my opinion, win the Ballon d’Or.

“He has won everything and deserves it a lot. It would seem strange to me otherwise.”

The winner of this year’s Ballon d’ Or will be announced on November 29.