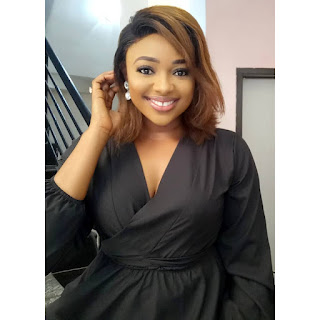 Nollywood star, Mary Lazarus, on Wednesday recounted her experience during her mother’s funeral, as she stated that her kinsmen milked her dry with their demands.

In an Instagram post, the actress lamented that planning an Igbo burial is very stressful, as she listed the demands of the rites she carried out on her mother’s burial day.

Lazarus said, “Planning an Igbo burial is the most stressful thing ever. People that were never part of your life demanding things they can’t afford, looking for ways to milk you dry. Imagine after doing mumsy’s Service of Songs in Lagos, they told us we must repeat it in the village. In this order: Service of Songs, Wake Keep, Burial day, a Thanksgiving, and people must eat on each of these four days.”

According to her, a kinswoman asked her and her siblings to serve assorted meals to the Reverend father before her mother’s corpse gets to the church; meal quantity that will serve over 50 people who would also attend the reception ceremony.

She continues, “After we gave them, I saw them at the reception and they were demanding for their own canopy. After that, ‘you will package money for all the Reverends. You will package separate food for youths, women’

“Please can we just bury our mom and leave? So someone without money cannot conduct a burial in the village? In lgbo culture, you must bury a corpse in the village, especially when the person is influential.”

Lazarus stated that her father’s kinsmen demanded for a fat cow, stating that, ‘If the cow is slim we won’t take it.”

When she asked her aunty if all the demands were necessary, the older woman replied that it is part of the culture and went on to tell her a story about a man that stole a goat because of his mother’s burial in the village.

FG budgets N10.6bn for transportation of COVID-19 vaccines across Nigeria