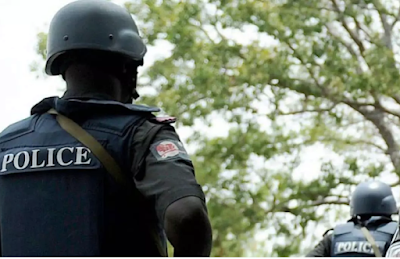 A 29-year-old ex-convict, Ayomide Sikiru, was on Thursday brought before a Yaba Magistrates’ Court in Lagos, over alleged theft and assault of four policemen.

Sikiru, a resident of the Mushin area of the state, is facing a three-count charge of stealing, serious assault, and resisting arrest.

He, however, pleaded not guilty to the charges.

The police prosecutor, Insp. Magaji Haruna told the court that the defendant committed the offences at 8.40 a.m. on Oct. 13, at WAEC bus stop on Herbert Macaulay Way, Yaba, Lagos.

He said that the defendant had stolen a Tecno Camon X phone valued at N55,000 from the complainant, Miss Rufina Ezeanowi, while in a tricycle they both boarded.

According to him, the complainant noticed that her phone was missing and called the attention of the people around who searched the defendant and found the phone on him.

Haruna said that when four policemen arrived at the scene, the defendant tried to escape and assaulted the law enforcement agents by slapping and giving them fist blows.

He further told the court that the defendant had previously served a year jail term for stealing a few years back and had been previously convicted of a felony.

The News Agency of Nigeria (NAN) reports that Section 117 (2) carries three years imprisonment or a N200,000 fine for resisting arrest.

Section 174 (a) prescribes a three-year jail term for serious assault while section 287 (1) carries seven years imprisonment for the offence of stealing.

The Magistrate, Mrs O.Y. Adefope, admitted the defendant to bail in the sum of N500, 000 with two sureties in like sum.

She directed that both sureties must be residing within the court’s jurisdiction and be gainfully employed with evidence of tax payments to the Lagos State Government, NAN reports.

Adefope added that the sureties must have their addresses verified by the court and that civil servants and self-employed persons were exempted.

The magistrate adjourned the case until November 4 for mention.