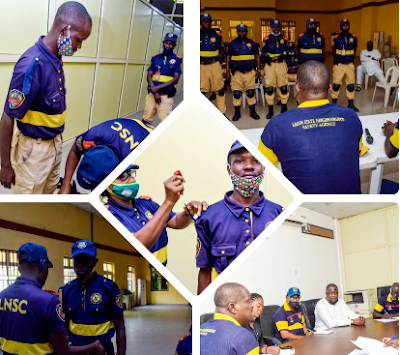 It was reported how Lagos Neighborhood Safety Corps (LNSC) personnel and police officers brutalized Clement on Wednesday despite identifying himself.

Their action was contempt of the rules contained in the LNSA Handbook Articles E (ii) & (iii), O (iv) and N (x).

The two officers directly involved in the assault were de-kitted and suspended for 2 months.

CHECKOUT:   Gumi should be questioned, he must be benefiting from ransom – Fani-Kayode

They will be redeployed to another command of the agency for behavioural evaluation and further reprimand.

Their Commanding Superintendents and the Divisional Commander were suspended for one month; the deputies are to take charge until further notice.