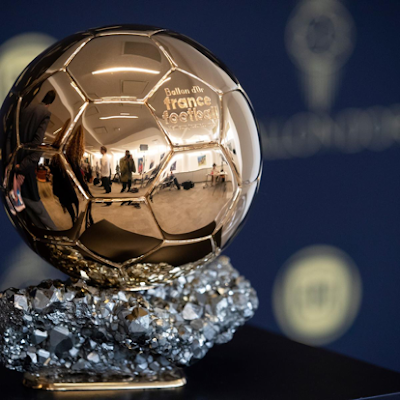 The winner for the Ballon D’Or 2021 has now been decided on Monday, October 25, according to GFFN.

This means voting for all the 30 shortlisted nominees has been closed.

However, the winner will be unveiled at a ceremony in Paris on November 29.

GFFN tweeted today: “Ballon D’Or voting for 2021 is now closed – the winner has been decided – we find out on 29th November.”

A selection of international journalists, national team coaches and captains vote to decide the winner.

They will choose their top five from the 30 footballers left in the running.

The players will be ordered from first to fifth based on: individual and collective performances during the year, player class and an overall view of the player’s career.

The total points for each player from every journalist, coach and captain are then added together to decide third, second and first place.

Paris Saint-Germain forward, Lionel Messi is the hot favourite to win the award this year. It will be a record-extending seventh time for the 34-year-old, who left Barcelona as a free agent this summer.

Burnt apartment: I can break down at any time, says Didi Ekanem

EPL: Tuchel reveals who to blame for West Ham penalty in 3-2 defeat, why Chelsea lost

61 Kaduna Baptist church members freed after one month in captivity