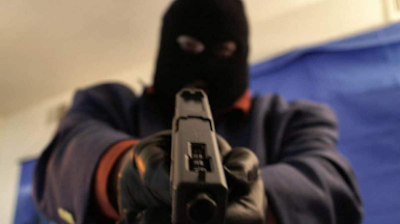 Bandits on Saturday killed one of their members at Gama Giwa village of Maradun Local Government Area in Zamfara State.

An eyewitness told newsmen in Gusau, the state capital, that immediately they entered the community, they started shooting sporadically which resulted in the death of their colleague.

“The bandits stormed the village on motorcycles and many people started to run to the bushes as they sighted the bandits,” he added.

“The bandits fired a shot at one of their members, who eventually died on the spot.”

The source recalled that the same group of bandits invaded the town of Gama Giwa on Thursday about two days before the recent attack, but did not kill or kidnap anybody.

CHECKOUT:   "An ingrate is an ingrate" - Eedris Abdulkareem blasts Timaya

According to him, their operation lasted for several hours, saying that they left midnight and returned the following morning.

He explained that the bandits have been raiding the Gama Giwa community from time to time and have been conducting house to house searches, rustling livestock and raiding shops.

According to him, sometime last month, bandits stormed a neighboring community of Damaga, killed 17, injured eight, and burnt the entire shops and traditional grain silos of the villagers.

The source said that the bandits have become so powerful and confident to the extent that they can come in broad daylight, move around the communities with their arms and walk out freely.

Efforts to get in touch with the state police spokesman, SP Mohammed Shehu, proved abortive as he was not responding to calls from newsmen.