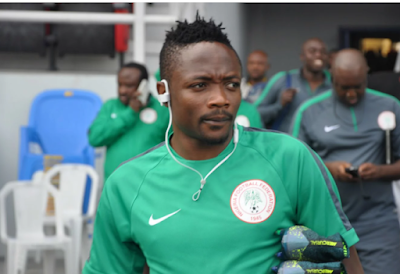 Nigeria captain, Ahmed Musa, now holds the record for most appearances made for the national team.

The 29-year-old has eclipsed Joseph Yobo and Vincent Enyeama.

Musa reached this milestone after coming on to replace Kelechi Iheanacho in the 86th minute of a 2022 World Cup qualifier against Liberia on Saturday.

The winger had equalled Yobo and Enyeama’s record having earned his 101st cap in the 2-0 win over the Central African Republic on October 10.

Musa made his senior debut on August 5, 2010, in the 2012 Africa Cup of Nations qualifiers against Madagascar.

TRENDING VIDEO: ‘Nigerian cultists are fools… they’re only after their brothers not government’