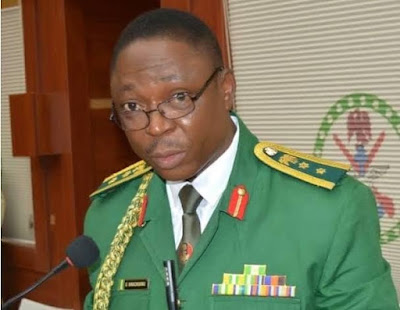 The Nigerian Army has confirmed the death of a Brigadier General in a recent attack by Islamic State West Africa Province in the Askira Uba Local Government Area of Borno State on Saturday.

In a statement signed by the Director, Army Public Relations, Brigadier General Onyema Nwachukwu on Saturday, the Army stated that the troops of Joint Task Force, North East Operation Hadin Kai were engaged in a fierce gun battle with the terrorists which also led to the death of three other soldiers.

The statement read in part, “A gallant senior officer, Brigadier General Dzarma Zirkusu, and three soldiers paid the supreme sacrifice in a very rare display of gallantry as they provided reinforcement in a counteroffensive against the terrorists, and successfully defended the location. The family of the senior officer and soldiers have been contacted.

“The Chief of Army Staff Lt Gen Faruk Yahaya deeply commiserates with the families and relations of the fallen heroes. He has also directed that the troops continue in the ferrocious counter offensive and hot pursuit to eliminate the remnant of the fleeing terrorists.”

Nwachukwu, in the statement, also noted that the military had deployed five A – Jet, two A-29, two Dragon combat with which they destroyed nine gun trucks and one armoured personnel carrier of the terrorists.

He added that the battle was still on at the time he filed the statement.

CHECKOUT:   EndSARS: Those who said there was no massacre won’t accept report – Aisha Yesufu

Earlier, it was reported the killing of the Brigadier General and three other soldiers in the attack on a military base in Borno State.

You are a mole in PDP -Wike attacks Babangida Aliyu

BREAKING: They have no case to answer – Court frees El-Zakzaky, wife