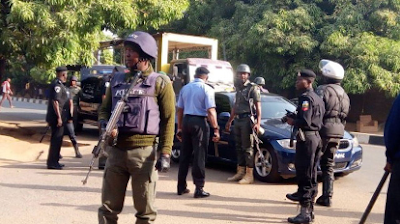 The duo are suspected members of the Eiye Confraternity.

The suspect, Solomon Adama was arrested by the Police and when a search was conducted on him, one locally-made pistol and one live cartridge were recovered from him by the Police.

The Delta State Police Command led by CP Ari Muhammad Ali confirmed the report in a statement signed and made available to newsmen by the Police Public Relations Officer, DSP Bright Edafe.

CHECKOUT:   BREAKING: Gunshots as hoodlums attack traders, others in Osogbo

The Police image maker said, “The suspect also confessed to being a member of Eiye confraternity.”

According to him, “On further interrogation, the suspect further stated the gun was given to him by one Gregory Orhokpocha ‘m’

37yrs of Oguname street Agbarho, the leader of Eiye confraternity in Agbarho, the suspect Gregory was swiftly arrested.