BBNaija’s Mercy: It’s not easy to date me, ask my exes – 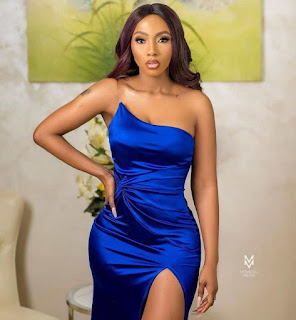 Mercy Eke, the former winner of the Big Brother Nigeria (BBNaija) reality TV show, has bragged that she’s not an easy catch.

Mercy spoke in a video published on her verified Instagram page on Sunday.

In the short clip, the reality TV star said it is not easy spending time with her let alone getting her attention.

She also directed her critics to “go and ask people that have dated me” while describing herself as a “goldfish.”

“I don’t know what people take me for; like I really don’t know how people see me. Go and ask people that have dated me, I am the hardest to catch — forget this smiling that we are doing on the internet,” she said.

CHECKOUT:   ‘We are back’, says P-Square, to headline music festival

“And there’s no guy that will want to date me that would hide me, that’s why you all know why I’m a relationship because I’m a golden fish.”

Mercy was romantically involved with Ike during their time in the 2019 edition of BBNaija, which she eventually won.

But in November last year, the reality TV star revealed that she was no longer in a relationship with Ike while also announcing her marriage to one ‘Mr H’, her mystery man.

CHECKOUT:   I wasn’t bothered when Erica’s fans attacked me over break up, Kiddwaya reveals

Protester who got shot at Lekki Toll plaza DIES after surgery