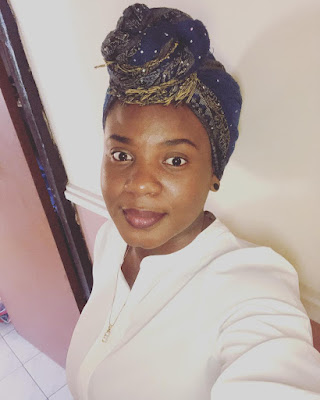 Had the tragedy on Saturday at Obi Cubana’s Hustle and Bustle nightclub not happened, Susan Oleghe, would by now be marketing her bespoke shoes to her well-heeled Abuja clients and hoping to catch new clientele.

Though young, the entrepreneur was the CEO of Korporate_Legz, selling online an assortment of footwears, from sandals to designer shoes to men and women, who could afford her prices.

“My name is Oleghe Susan. I am the CEO of @korporate_legz. No fake No scam,” she announced in an Instagram post on 21 May, 2019 that bears the hashtag of her company.

She also posted her photograph for authentication and a dateline that showed she was writing from Apo Quarters, the home of legislators in Abuja.

Business must be booming for Susan, until the fatal decision Saturday night to unwind, along with her friends, at the popular hangout, Hustle and Bustle, owned by businessman Obinna Iyiegbu, a.k.a Obi Cubana.

According to a report, Susan was leaving the club when she misstepped on a metal rod.

Another report had said she touched a metal door, as glimpsed from a replay of the club’s CCTV. Either way, the unexpected happened. She was electrocuted.

“They were about to leave the club and she tripped by a floor that doesn’t look well laid. She fell on a metal rod. The metal rod has high voltage wires for lightnings or whatever in it. And it was covered with metal for aesthetics,” a family source told Pulse.⁣⁣

Worrisome was the report that the club was initially indifferent to the tragedy, but was however forced to shut down, when some security agents came calling.

CHECKOUT:   VIDEO: How I fell in love with my twin brother, married him, lady narrates

It took the club many hours to announce the tragedy shutdown, without even a mention about the identity of Susan and the cause of death.

“We are closed till further notice. This is due to the loss of our esteemed client”, the club announced on Instagram.

“We are deeply saddened by this situation and need time to heal from it. Our prayers are with the families of the lost soul. May her soul Rest In Peace.

“We sympathise with the family on this unbearable loss.

“Kindly bear with us as we pass through this storm.” ❤️

Meanwhile, Susan’s family are said to be planning to drag the club and its owners to the law court, obviously to claim damages for criminal negligence.

Ballon d’Or 2021: You deserve everything in your life – Ronaldinho on Messi’s 7th award

IPOB to FG: We’ll suspend agitation if referendum on Biafra is held

I’m friends with Buhari’s Chief of Staff, others in Aso Rock – Ayu