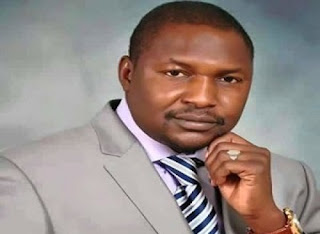 The Minister of Justice and Attorney-General of the Federation, Abubakar Malami (SAN), on Sunday, confirmed asking Keystone Bank to convert the sum of $40m to naira before remitting the same to the coffers of the Federal Government.

Malami, while noting that the order and remittance happened in 2017, stated that the idea behind it should be commended.

The minister, while appearing on Sunday Politics, a current affairs programme on Channels Television monitored by NigerianEye on Sunday, recalled that he ordered the conversion based on the official exchange rate then, which was N305 to a dollar.

The House of Representatives’ Ad Hoc Committee on Assessment and Status of All Recovered Loot Movable and Immovable Assets from 2002 to 2020 by Agencies of the Federal Government of Nigeria for Effective Efficient Management and Utilisation had on Wednesday hinted that Malami might be invited for ordering the bank to convert revenue collected in dollars to naira before remittance.

Keystone Bank had told the committee that Malami instructed it to remit part of the $136,676,600.51 in its custody in naira while also determining the exchange rate, a revelation that the lawmakers criticised.

The Executive Director, North and Public Sector Directorate, Keystone Bank, Lawal Ahmed, had at an investigative hearing by the committee in Abuja also told the committee that remittances to the Nigerian National Petroleum Corporation were being made to the Brass LNG Investment Account but the AGF “gave the directive, he instructed that the funds be credited to the FGN Assets Recovery Account.”

Speaking on the programme on Sunday, Malami explained that he ordered the conversion of funds to ease revenue remittance to the government’s coffers. He said the funds were part of the monies outside the Treasury Single Account of the government, which were stuck in Deposit Money Banks also known as commercial banks.

CHECKOUT:   Chaos in stadium as Osun Football Association insists on enforcing Covid-19 guidelines before kickoff of a match

He said, “No kobo was missing. The monies were recovered and 100 per cent deposited into the Treasury Single Account and no kobo was lost. And that was a 2017 affair. Why is it being raised now in 2021 – four to five years after such recovery? I think those are the elements that once can conclusively, perhaps, look into to bring about some levels of political undertones associated, with what is unfolding day in day out against the person of Abubakar Malami and against the Office of the Attorney-General, taking into consideration that it is a 2017 affair when naira was officially being exchanged at N305, and not a 2021 affair when naira is being exchanged in parallel market at over N500.”

I joined APC to become Adamawa governor in 2023 – Abbo