Widow Of ex-Foursquare GO dies three months after him 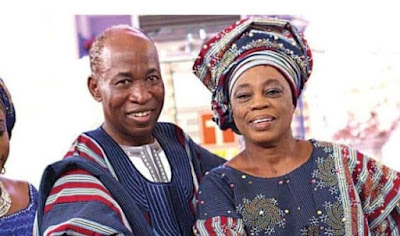 According to Church Times, a publication on churches, Yinka died in the early hours of Friday.

She was said to have been ill before her husband died on August 7, 2021.

There is no official statement from the church concerning her death yet.

She obtained a Bachelor’s degree in Library Studies from the University of Ibadan in 1975, after which she got married to Rev. (Dr.) Wilson Badejo, in the same year.

She attended Foursquare Theological Seminary, Ikorodu, Lagos, where she obtained a degree in Theology in 1998.

She was Deputy President of Four Square Women International.

New photos of Wizkid and his son, Zion