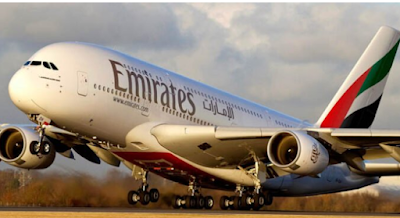 The senate has resolved to intervene in the “diplomatic row” between the United Arab Emirates (UAE) and Nigeria.

Direct flights between both countries were suspended in March over issues relating to COVID-19 protocol.

The upper legislative chamber on Tuesday directed its senate committees on foreign affairs, interior, national security and intelligence to wade into the matter.

Members of the committees are expected to meet with the ministry of foreign affairs and the National Intelligence Agency (NIA).

Abaribe said there are allegations that legal Nigerian residents in the UAE are losing their jobs on account of the refusal of the authorities to renew their work permits.

The minority leader said this offends the letters of bilateral agreements which both nations are signatories.

“There are allegations that hundreds of legal resident Nigeria living in UAE are losing their jobs on account of the refusal of the authorities to renew their work permit which offends the letters of bilateral agreements which both nations are signatory to,” he said.

“There are speculations that the refusal by the UAE authorities to renew work permits for Nigerians living there is a calculated attempt to pressure the Nigerian government into accepting their conditions of service for their national airline that may have lost humongous revenue from the Nigeria route.

Meanwhile, the federal government had on Monday announced the possible resumption of flights between Nigeria and the UAE.

We are taking back Nigeria from APC – PDP chairman, Ayu