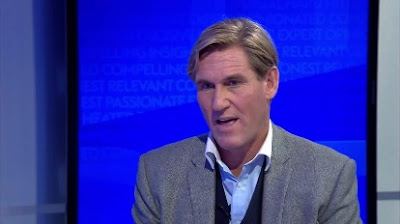 Former owner of Crystal Palace, Simon Jordan, has said that Steven Gerrard, nor Frank Lampard have the credentials to be Premier League managers.

Gerrard was newly appointed Aston Villa manager while Lampard pulled out of the race to become the new Norwich City boss.

Lampard was recently sacked by Chelsea at the start of the year and is yet to get another job.

But following the confirmation of Smith’s appointment, talkSPORT’s Simon Jordan was quick to dismiss opinions that Lampard should have been offered the role.

“The tragedy for Frank is he’s got no backdrop for suggesting he’s a Premier League manager.

“The Chelsea side he inherited with a group of young players did ok, and then when he was on top in the Premier League which is when you spend money, out the door he went,” Jordan told talkSPORT.

“I don’t think he (Gerrard) has the credentials either.

“Either one of these guys would walk through the door, if they were Joe Schmo from nowhere, not Frank Lampard, and not Steven Gerrard, they would never ever get these opportunities because they don’t merit them.

“I know the SPFL is significant in Scotland, but in real terms, it’s [Gerrard’s former role] not going to compare to the job in hand at Aston Villa.”