Governors, Sirika, Lawan, others present as Dangote’s brother is buried in Kano 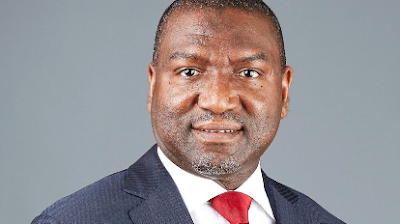 The Minister of Aviation, Alhaji Hadi Sirika; Senate President Ahmad Lawan; Governors and some former governors; and members of the local and international business communities were in attendance as Alhaji Sani Dangote was laid to rest in Kano.

The Vice-Chairman of the Dangote Group of Companies, also the younger brother of Africa’s richest man, Aliko Dangote, was buried at the Dantata famous family graveyard, Koki City Center, Kano.

The burial prayers took place at the palace of the Emir of Kano on Wednesday morning and were led by the Imam of the palace, Sheikh Sani Muhammad.

Dangote died on Sunday in a hospital in Miami, United States, following a protracted illness that got him hospitalised. The body of the late businessman was brought to Kano from the US last night.

He was buried at the family cemetery close to Sanusi Mosque at Koki in Kano metropolis.

“We received the information about the passing away of this gentleman Alhaji Sani Dangote with shock. Kano State, our dear country Nigeria and the business community have lost an illustrious son.

“But to all of us particularly those from Kano State, we lost a rare gem in the business community.

“It is therefore on behalf of the government and good people of Kano State that I am sending our heartfelt condolence to the immediate families of Alhaji Sani Dangote and to his brother Alhaji Aliko Dangote over his death,” Governor Abdullahi Ganduje said.

Others were Senator Barau Jibrin and the DG of the Department of State Services, Yusuf Magaji Bichi, among others.