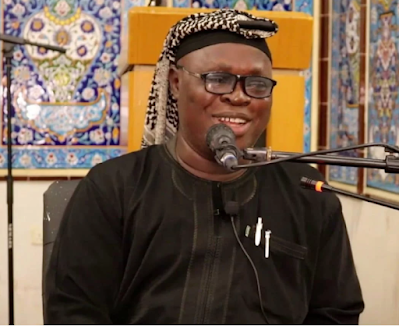 The Muslim Rights Concern (MURIC), has waded into the controversy surrounding the recent allegation of christianisation levelled against Vice President, Yemi Osinbajo.

The group, in a statement signed by its director, Prof Ishaq Akintola and made available  on Wednesday said the allegations were fake.

It related what it knows about the Vice President and insisted on truth, fairness and objectivity.

Recall that a certain document had appeared last week alleging christianisation agenda on the part of Osinbajo.

But MURIC said it has refused to believe everything it hears or read in these days of fake news.

The Muslim rights group said it has carried out its investigation and was surprised by certain facts they found about the VP’s office and his dealings with Muslims.

“Blackmail, character assassination, fake news and disinformation are not in the character of Muslims,” MURIC said.

“During our investigation, we stumbled on an article written by a female Muslim presidential aide in the VP’s office. The article, which surfaced recently on social media, affirmed the presence of 18 Muslim officials in Osinbajo’s office.

“The onus is on those who accused the VP of christianisation to prove that some or all of those Muslim names in the VP’s office were fabricated to convince Nigerian Muslims that the VP is either a hater or an oppressor of Muslims,” the group said.

The group said it has, however confirmed by itself that some of the names listed as Muslims working in the VP’s office are not fictional, adding that the most senior staff working with Osinbajo, a senior pastor with the Redeemed Christian Church of God, is a Muslim.

“…Mr. Abdul Rahman Ipaye, a Muslim and a former commissioner in Lagos State who was mentioned in the article as the highest staff in the VP’s office is, indeed, a bona fide staff of Osinbajo.”

CHECKOUT:   Call for Mercenaries to fight Boko Haram, vote of no confidence on Buhari – Shehu Sani

The group said that even though it would not back a Christian for 2023 presidency, that would not stop it from saying the truth, adding that it has no connection whatsoever with the VP.

“An innocent man should not be crucified simply because he is a Christian. We insist on truth, fairness and objectivity,” MURIC said.