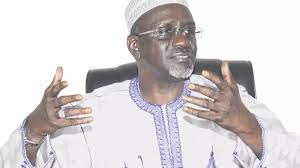 Shekarau said Ganduje who begged him to join the All Progressives Congress, APC, has sidelined him in the running of the party’s affairs in the state.

He accused the governor of failing to listen to advice when he makes mistakes.

Speaking during a meeting with his followers at his residence in Kano yesterday, the Senator said Ganduje’s action was responsible for the creation of APC faction in the state.

Shekarau lamented that Ganduje has violated the principles of internal democracy in APC.

According to Shekarau: “We feel that the party had crossed our line that is why we reacted this way. We have been too patient, so that’s why we have taken this decision to show that being patient is not cowardice.

“We try to follow Ganduje as the leader because we believe in leadership but there are conditions. The conditions are that if the leader makes mistakes he should be corrected. We need internal democracy. He should listen to our advices and suggestions.

“The governor invited all party leaders of the country, including Adams Oshiomole, the national leader of the party then, to beg me to join APC. I told them to allow me to make consultations.

“The governor said he would follow me to submit the form to ensure that I submitted it at the national party secretariat. I presented my campaign schedule to Ganduje to 15 LGAs, but the governor said he will follow me for the campaign. He even invited the local government party chairmen to come to my residence to pay allegiance to me.

“But I also participated in his campaign. I followed him everywhere he went. After all these, from that time, I have never been involved in the party activities. Even some are suspecting me of sidelining them. I have totally been sidelined.

“In terms of appointment, Ganduje has never asked me to bring a candidate. The governor picked some members of my camp to give them appointments and I’m not jealous about that. I even advised them to be honest and obey their leader. I always ask my camp members to be good ambassadors.”

Regina Daniels celebrates her mum as she turns a year older