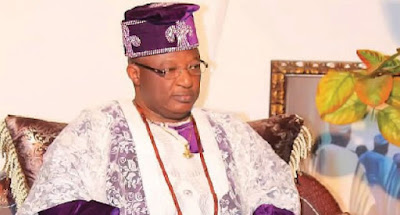 Hilton Hotel in Ile-Ife, Osun State, was on Thursday shut down after the death of a Master’s student at the Obafemi Awolowo University, Timothy Adegoke.

This is as the hotel owner, Ramon Adedoyin, is currently detained and undergoing interrogation in connection with the death of the student.

When the hotel was visited around 12pm on Thursday, it was shut down.

A guard seen at the hotel gate said it has been shut down “for now”.

“We are not operating now,” he said.

The guard, who refused to give his name, confirmed that “the closure is caused by the ongoing case”.

When contacted, the Osun State Police Command said Adedoyin and other suspects arrested are yet to be released.

“Adedoyin was arrested on 15th November, 2021. He is currently in police detention, undergoing interrogation in connection with the case, while awaiting the autopsy report from the hospital.

“The state police command is committed to ensure justice is done; no matter the personality of the person(s) involved in the case or how highly or lowly placed in the society; if found culpable,” she said.

Adegoke came from Abuja to sit for his examination at the OAU distance learning centre, Moro, Osun State, before his sudden death.

Adedoyin and his worker, Adedeji Adesola, were earlier accused of being involved in the disappearance of one Mr Timothy Adegoke.

CHECKOUT:   Nobody in charge in Nigeria – Prof. Wole Soyinka

It was learnt that Adegoke had lodged in Hilton hotel located in Ile-Ife, Osun State between October 22 and November 5, 2021, before he was later declared missing.

The student was reported missing on Saturday, November 6 when he was not found at his exam hall and could not be reached by his wife and other family members.

The police later announced that the student had been found dead without giving details of how, when, and where he was found.