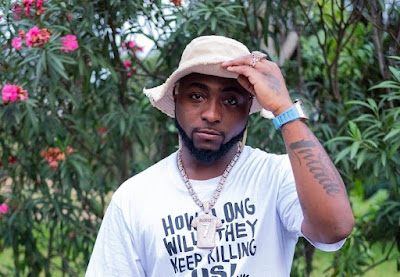 Davido has continued to receive money from friends and colleagues, day after he publicly asked people to donate to his account.

Davido had asked those whose lives he had touched through his music to donate N1 million each so as to raise N100 million needed to clear his Rolls Royce from the port.

The singer hit the target within six hours but money has continued to flow into his account.

A while ago, the money had reached N171 million, N71 million excess of the amount he requested for.

While some praised and applauded him, other criticised him and even suggested that the singer donate the money to a “better cause”.

Taking to her Instagram page, Nigerian Rapper and Dancehall singer, Cynthia Morgan, said Davido’s boys are ungrateful if the singer had to come online to ask for money.

She said, “If you have to compel people to celebrate you, it means there is nothing to be celebrated. I no be billionaire but 1 meter na chicken change. If you really rose by lifting others and you’re asking for 1 meter publicly, then your boys are ungrateful. Make all of una lock up, poor things. Because say all of us dey do music, no mean say all of us na mate. E be like say una wan mad.

‘’I have always known Davido’s fans to be ignorant and unintelligent since 2016. Lol so I am not surprised at your foolery.’’

Drama as Imo workers sack NLC Chairman…. march to Government house to present a new one