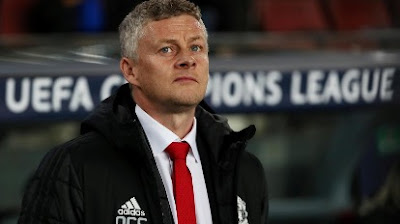 According to Solskjaer, Paul Pogba and Varane Raphael, will not take part when Man United tackle Watford on Saturday evening at Vicarage Road.

The Norwegian stated this on Friday during his pre-match press conference ahead of Saturday’s clash.

“I have got to say this week has been really positive,” Solskjaer said. “Of course, there are a couple of doubts with illnesses and small niggles.

“Paul is out still for a while, Raphael is out for a while still. Apart from that, players will be coming back, call it in the near future.

“Some this weekend and some during the week. But that’s the same for every team that misses players.”

Man United head to the game following a 2-0 defeat to Manchester City in their last Premier League encounter.

Most popular baby names of 2020 revealed, plus the ones set to become extinct

Killings: Those governing us have no blood in their hearts – Bishop Kukah