NFF powerless to sack Rohr, beg him to resign after 1-1 draw with Cape Verde 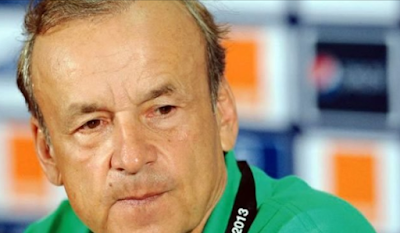 The Nigeria Football Federation (NFF) has asked the head coach of the Super Eagles, Gernot Rohr, to consider stepping down from the role.

This was revealed by a former media officer of the national, Colin Udoh.

Udoh tweeted: “I have been told by the NFF on and off the record that Gernot Rohr has not been fired. But he has been asked to consider resignation.

“The NFF cannot afford to fire him because he has not defaulted on his contract, and they would be forced to pay not just his hefty severance pay, but also likely a stiff penalty.

“The only way they can fire him is if he does not reach the AFCON final in Cameroon.”

Nigeria has qualified for the AFCON but barely made it through to the 2022 World Cup qualifying play-offs after a 1-1 draw with Cape Verde.

I was completely in debt after Game of Thrones- Jason Momoa