Oshoala, Iheanacho, Ndidi give N1m each as Davido rakes in N185m 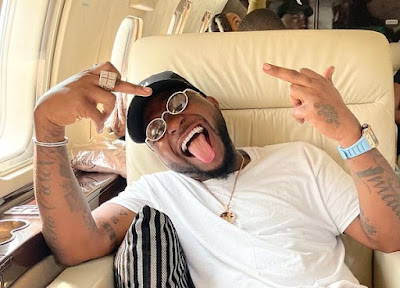 Asisat Oshoala, Kelechi Iheanacho, Wilfred Ndidi have all contributed N1 million each to Davido for the clearance of his Rolls Royce vehicle at the ports.

The footballers sent money to the fundraiser on Thursday, while Davido thanked them in a series of posts on his Instagram story.

Obafemi Martins, former Super Eagles striker, and Henry Onyekuru are other footballers who have contributed to the singer’s cause.

The donation wave started after Davido took to his Twitter page on Wednesday to solicit funds from his followers and fellow celebrities for the vehicle clearance.

CHECKOUT:   My mum’s burial will make some people hungry to die – Obi Cubana

With a target of N100 million, the ‘OBO’ crooner was able to gather over N114 million in six hours.

The funds have since accumulated to nearly N185 million in two days, with more still trickling in.

In May this year, the DMW boss star acquired a brand new 2021 Rolls Royce Cullinan.

It remains to be seen if that is the vehicle the singer is fundraising for its clearance from the ports.