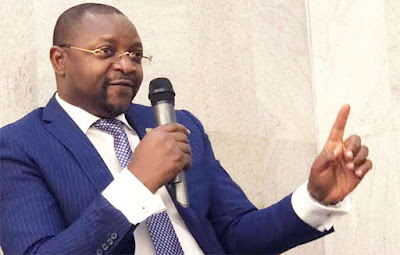 Sunday Dare, the minister of youth and sports development, says Gernot Rohr’s fate as Super Eagles head coach would be decided next week.

The Franco-German, who was hired in 2016, has attracted a wave of backlash from fans and stakeholders for failing to lead Nigeria to silverware after almost five years in charge.

The criticism became intense recently after a series of unimpressive displays through the Qatar 2022 World Cup qualification campaign.

Responding to a question on whether Rohr had been sacked or asked to resign on Thursday, the sports minister said he could not say much on the matter.

Dare, however, disclosed that the report by the Nigeria Football Federation (NFF) on Rohr’s performances in recent matches will be ready by next week, adding that the ministry will act based on its content.

He said he will review the report before taking any necessary action.

The minister, who spoke at a press briefing in Abuja, also said that his ministry will follow due process in dealing with matters concerning the national football players and the technical staff.