I’m not above the law — Fani-Kayode speaks again 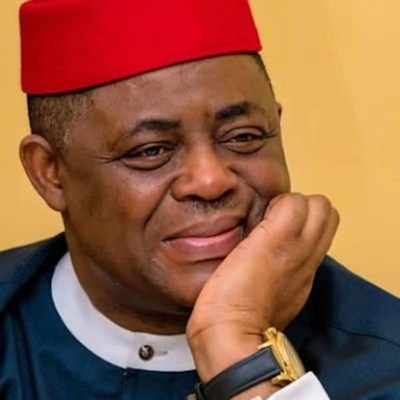 Femi Fani-Kayode, a former Minister of Aviation, said there is nothing wrong even if he had been arrested by the Economic and Financial Crimes Commission (EFCC).

Fani-Kayode stated this on Wednesday morning while reacting to his arrest by the EFCC.

The EFCC had confirmed that the former minister was arrested for forgery.

However, Fani-Kayode denied the arrest on Tuesday night and also made another comment via his Facebook page on Wednesday morning.

The ex-minister, in the new post, claimed he had a “friendly chat” with EFCC.

On the other hand, he noted that he could have been arrested because joining APC doesn’t give him immunity.

“I pity those that said I was arrested. They are filled with hate and live on fake news,” Fani-Kayode noted.

“Since when did an invitation and a friendly chat become an arrest? And even if I had been arrested, SO WHAT? I am not above the law and neither does joining APC give me immunity. My God is MIGHTY!.”

However, Fani-Kayode failed to talk about why he was in the EFCC office but confirmed in a previous post that he was “granted bail” after a “friendly chat.”

Below are some of the reactions from Nigerians on social media.

Chyke Leo: “It was not just a friendly chat, it was a brotherly and bridge-building visit. Mix more concrete and keep. You go build bridge tire. Your grammar will land you into trouble one day. Since I was born I’ve never seen a friend who releases his friend on bail.”

Engr Nathaniel: “You had a friendly chat with EFCC for 6hr?, if there was no arrest, why were u bailed on self-recognition?, Or u think Nigeria’s are daft.”

Michael Anderson:”Oga Kayode wasn’t arrested he was only granted bail if you know you know.”