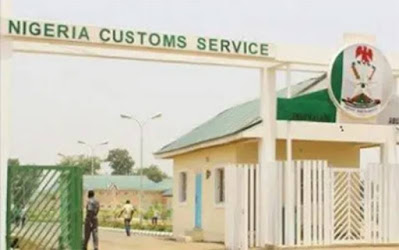 Following the recent increase in the exchange rate for the payment of import duty by the Nigeria Customs Service, NCS, importers have claimed that the development has brought about a distortion in their business plans.

The increase, according to some of them  that spoke to Vanguard, has not only distorted their business plans it will also impact negatively on the projected profit margin and their entire operation.

President, Shippers Association of Lagos, Reverend Jonathan Nicole, told newsmen that the increment is not palatable with importers, because the move will increase the cost of cargo clearance.

Nicol noted that such developments would also cause hike in prices of goods in the market which leads to inflation.

“It will raise the cost of clearing astronomically. Shippers will have to source for more funds to clear their goods. The ripple effect is that goods will become more expensive in the market and this will lead to inflation,” he stated.

Nicole said shippers were not happy with the increment but have begun to pay, since the Customs have adjusted the duty payable on goods.

He stated: “The latest increase will also affect purchasing power of Nigerians. The continuous increase will cause a problem because it will get to a level where inflation rate will be terribly high.

‘‘The economy is not growing and the people’s purchasing power is gradually going down, which is an indication that government should do something to avoid more economic woes.”

Vice President, Association of Nigerian Licensed Customs Agents (ANLCA), Kayode Farinto, said, ‘‘it was unfortunate that the cost of cargo clearance will increase and value of goods will also increase, thereby causing inflation in the economy.

“The purchasing power of the common man on the street will continue to reduce because something you purchased N10 last month, this month, they will tell you it is N60.

“Customs does not have control over it. They will just update the increase on their system immediately and they have done that. I have a job that I collect a valuation on Monday based on N381 but we can’t do the declaration now because it has been changed to N404. We are not producing anything as our economy is over 90 per cent import oriented; so what do we expect?,” he wondered.

An importer, Nicholas Acholonu,  who spoke on the development, said that he was at a loss as to the next move to make since the increment was announced.

Acholonu explained that he is contemplating closing shop due to the increment because he entered into some trade commitments before the increment was announced.

He stated, ‘‘I am at a cross road as I speak to you because I do not know where to source additional foreign exchange from since the increment was announced.

‘‘I  had projected certain amount of money for the clearance of my goods based on what was obtainable before now but with current situation I will have to source more money to clear my goods so that I do not lose my investment.’’