What to know about hard substance, ‘Mkpuru mmiri’ popular among South-East youths 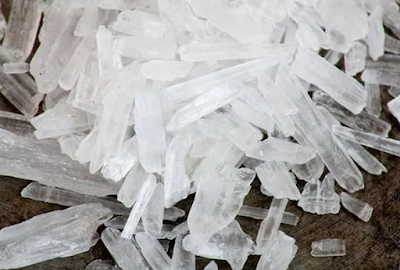 Recently, videos of adults being flogged for consuming a substance known as ‘mkpuru mmiri’ went viral on social media.

The video was said to have been shot in a community in the Aguta Local Council of Anambra State, South East of Nigeria, where many have become addicted to the substance.

What is ‘mkpuru mmiri’?

Mkpuru mmiri is the slang coined from the Igbo language, which is loosely translated as ‘seed of water’.

In reality, it is a crystal narcotic hallucinogen, medically known as Methamphetamine or by its street name Crystal Meth. It has a chalk-like crystal form and can sometimes be blue hence the name ‘mkpuru mmiri’.

It is a man-made drug developed during World War II, used by soldiers to stay awake or carry out dangerous suicidal missions.

According to WebMD, crystal meth or mkpuru mmiri, can cause a spike in a person’s body temperature that they could pass out or even die.

The substance can also lead to anxiety, confusion, insomnia, mood swings, and violent behaviour from the user.

A user’s looks can change dramatically; from ageing quickly, to dull skin. They can also develop hard-to-heal sores and pimples and may have a dry mouth and stained, broken, or rotting teeth.

A person addicted to mkpuru mmiri may also become paranoid and start hallucinating. They could also think of hurting themselves or others and may feel as though insects are crawling on or under their skin.

How ‘mkpuru mmiri’ came to the Southeast?

Although the main source of the substance is yet to be ascertained, some have claimed that ‘mkpuru mmiri’ comes from the northern part of the country.

Meanwhile, in Aguta LGA, The Guardian reports that a man called Shedrack who claimed to be the Chairman of Ogboifite youths, said a South African returnee was the head of the cartel running the sale and distribution of the substance in his community.

What law enforcement agencies are doing

The National Drug Law Enforcement Agency told Vanguard that it is monitoring the production, abuse and trafficking of mkpuru mmiri.

The Agency also said it had put a spotlight on the Southeast due to the rampant abuse and production of the substance, and have given specific instructions to relevant directorates of the Agency on how the development should be handled.

The NDLEA also promised that “the pipelines of such illicit drugs would be shut down and those behind it brought to book.”

What IPOB is saying

The Indigenous People of Biafra, on the other hand, have declared an all-out war on the sale and consumption of ‘mkpuru mmiri’.

In a statement, the group called on communities to hand over anyone found consuming or selling the substance to hand over such persons to their offices across the region.

“IPOB hereby declare war against this nonsense. We shall go after those taking or distributing this harmful illicit drug. Henceforth, anyone found peddling, consuming or in any way involved in the distribution of this illicit drug shall be decisively dealt with,” the group said.