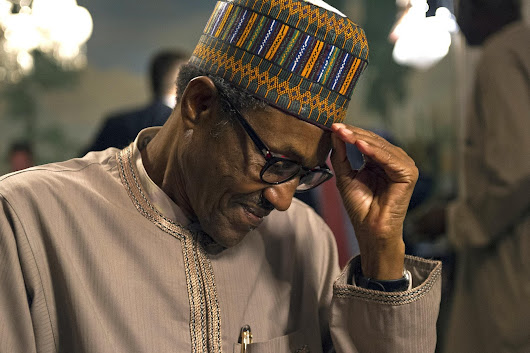 Muhammadu Buhari yesterday rose from a national security meeting with service chiefs and heads of other security agencies, with a charge on them  to go after the terrorists and bandits terrorising Nigerians, especially on the highways.

According to him, security operatives will not rest until Nigerians are at peace.

The President’s order came as members of the House of Representatives from Kaduna State also yesterday raised an alarm over the security threats, kidnappings and killings along the Abuja-Kaduna highway.

Buhari, who spoke against the backdrop of frequent attacks on travellers on Abuja-Kaduna highway and other expressways in the country, also expressed delight over the free and fair gubernatorial election which held recently in Anambra and the roles played by the Independent National Electoral Commission, INEC, and reassured that nothing would threaten the 2023 general elections.

The Minister of Interior, Ogbeni Rauf Aregbesola, who spoke after the meeting at the Presidential Villa, Abuja, said President Buhari appreciated the successes and gains recorded by all security chiefs, their agencies and intelligence organizations in security nationwide after he received briefs from them at the meeting.

He said:  “He (Buhari) is of the belief that more must and should still be done. But he commended all of them for the progress we are recording on all fronts.”

The minister stated further that President Buhari ordered the armed forces and other security agencies, intelligence organizations, not to rest on their oars, notwithstanding the progress and efforts being made to eliminate insurgency, banditry, kidnapping for ransom, and all the other criminalities.

“The President said we are not yet where we should be, that Nigerians deserve to live in peace and that until we achieved that, we will not rest,” he added.

Asked if the resurgence of criminal activities along Abuja-Kaduna highways was discussed at the meeting, Aregbesola said: “Oh, yes. The police and other security agencies have been mobilized to intensify surveillance, patrol in pursuit of the criminals.

“It’s not only about Abuja, Kaduna. Yes, Abuja-Kaduna belt was discussed specifically, but we appreciated the fact that we are in the season of festivity.

“So, all agencies committed to providing security for Nigeria and the maintenance of law and order have  been ordered to improve on their activities, intensify surveillance and minimize, if not eliminate totally, any threat to law and order anywhere in Nigeria.”

On who takes the lead, the police or the military, the minister said:   “Police, as I said, is the lead agency on internal security. So whatever I’ve said about maintenance of law and order will start with the police and then extend to all the other security agencies, certainly.”

Also asked if the issue or bandits collecting ransom, taking over and administering some areas in the country was discussed, he said: “Specific orders have been given to all our security agencies. And we’ll see an improved response to all those challenging the sovereignty of Nigeria in whatever form and creating insecurity in whatever form anywhere.

“The council, today (yesterday) took a firm decision on what to be done and I can assure Nigerians that with the charge from the President and the Commander-in-Chief of the Armed Forces today (yesterday), there will be an improved response to all forms of criminality in any part of Nigeria.”

On whether there were new strategies to that effect, especially as it was not the first time such a charge would be given by the President,  Aregbesola said: “But what I know is that for as long as there is life, we must not rest until our objective of making Nigeria safe for Nigerians is made possible.

”So, I am convinced that with the renewed charge to our security agencies, from the military, to the police, intelligence organizations and all other security forces, certainly Nigerians will feel and live better going forward.”

The Interior minister also said President Buhari was particularly pleased with the outcome of the November 6 governorship elections that produced former governor of the Central Bank of Nigeria, CBN, and candidate of the All Progressive Grand Alliance, APGA, Prof. Charles Soludo, as Anambra governor-elect.

He said: “The President was particularly happy with the fact that a free and fair election was made possible by INEC and our security agencies. And that that is a good assurance to all Nigerians, that we are committed to promoting democracy,  in respect of Anambra election.

“The President was particularly happy that a free and fair gubernatorial election held in Anambra.  And he was quite elated that the combination of INEC and  the security agencies, from the military to the police and all the other agencies made that possible, with the support of the people and government of Anambra State.

”We all saw the outcome. With that, there is no doubt as to the commitment of our administration to promote democracy, and ensure that 2023 is not in any way threatened.”

“The council was briefed about the election today (yesterday) of a Nigerian, AIG Garba Umaru, who emerged out of four other candidates, as the vice president of Interpol for Africa, which means that a Nigerian today, represents the 54 African nations at the Interpol level.

”The election took place today (yesterday), a couple of hours ago. And he emerged as the vice president of Interpol in Africa, representing 54 African nations. That too was discussed, appreciated and applauded,” the minister said.

Others include the Chief of Army Staff, Chief of Naval Staff and the Chief of Air Staff as well as the Inspector General of Police, IGP Usman Baba Alkali.

Before the meeting commenced, President Buhari, with the assistance of Vice President Osinbajo, had decorated his Aide=De-Camp, ADC, Lt Col Yusuf Mukhtar Dodo, with his new red neck rank of Colonel.

Meanwhile, lawmakers from Kaduna State in the House of Representatives yesterday expressed concern over the security threats, kidnappings and killings along the Abuja-Kaduna highway.

Speaking under the aegis of Kaduna caucus at a briefing in Abuja, the lawmakers said  the situation was frightening.

Garba Datti, who read the text of their address, called on the security agencies to deploy personnel on the roads to tackle the menace.

He said:  “The state of insecurity in Nigeria has been a matter of grave concern to all well meaning patriots for several years now and this has come in the form of militancy, insurgency and banditry, among others.

”This state of insecurity has severely affected travel on Nigerian roads as Nigerians have either opted to remain where they are or opt for means of transportation that are outside their means or convenience.

“Not so long ago, there were concerning incessant incidents of banditry along the Abuja-Kaduna Highway and measures were taken that appeared to have minimised the threat on that stretch of road. It was hoped that that would be the beginning of the end of the challenge of insecurity on our roads as it affected the entire country.

”Sadly, this has not been the case. Instead, the phenomenon of banditry has steadily and increasingly found its way back to the Abuja-Kaduna highway.

“In the last five days, it has reached its deplorable and lamentable peak as a spate of attacks, killings, abductions, kidnappings and robberies that has engulfed the Abuja-Kaduna Highway has resulted in a crisis of frightening and calamitous proportions.

”On Sunday, November 21, 2021, in the most publicised but certainly not the only one of such daring attacks over the last few days, a retired Director of Protocol of the Federal Capital Development Authority, FCDA, and a governorship aspirant in Zamfara State, Hamidu Sagir, was brutally killed, while four yet-to-be ascertained number of commuters were abducted in terrifying circumstances.

“This seemingly underestimated onslaught on our individual, collective and national security has continued unabated, in spite of its seeming predictability. It is obvious that this should not be the case.

“There is no gainsaying the fact that security is one of the paramount policies of the current administration for which it has left no stone unturned towards neutralising the scourge. In addition, the Abuja-Kaduna highway is the critical gateway between the North and the South of Nigeria and the major link road to the North West and North East as well as to many neighbouring countries.

”Indeed, the Abuja Kaduna highway is the key outlet for the transportation of persons, goods and services across Nigeria and this is evident in the extraordinary traffic on it round the clock.

“For these and other reasons that cannot be accommodated in this statement, it is imperative that the secure state of the Abuja-Kaduna highway must be restored at once.

“Let us add that the perpetuation of this state of insecurity on the Abuja-Kaduna highway as well as many other highways in this country challenges the Nigerian state in terms of its obligations to Nigerians to guarantee the security and welfare of the people as the primary purpose of government pursuant to section 14(2)(b) of the Constitution of the Federal Republic of Nigeria 1999 (as amended).

“Also, the killings and maiming on our highways severely infringe upon the right to life of Nigerians as guaranteed under section 33(1) of the Constitution. We must caution that the situation on the highways, particularly the Abuja-Kaduna highway, if not immediately rectified, spells doom for the economy and the social life of Nigerians, contrary to section 15(1) of the Constitution, which mandates the Nigerian state to ‘provide adequate facilities for and encourage free mobility of people, goods and services throughout’ Nigeria as well as section 41(1) which guarantees the right to freedom of movement throughout Nigeria to every Nigerian.

“In our determination that this state of affairs must be immediately reversed as a matter of urgency in the discharge of the state’s obligation to guarantee the security and welfare of the people, we hereby call on the relevant security agencies in Nigeria to urgently and without further delay, collaborate to put an end to the nefarious and despicable activities of these criminals and secure the Abuja-Kaduna highway and all such other highways by deploying the personnel and material resources as well as intelligence necessary to accomplish the same.

“We shall encourage and support every effort by the House of Representatives, and, indeed, the National Assembly and every agency of government towards ensuring the restoration of calm and peace along the Abuja-Kaduna highway.”

Tony Elumelu shares before and after photos…