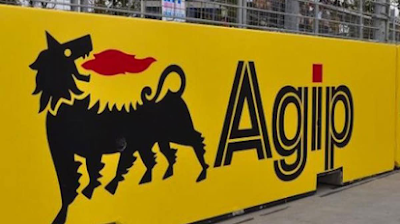 The Nigerian Agip Oil Company (NAOC), has confirmed the killing of three of its staff in Okoroma community of Nembe Local Government council area of Bayelsa State by suspected sea pirates.

It was gathered that three of the Agip staff and some personnel of the Nigerian Security and Civil Defence Corps (NSCDC) were on Sunday ambushed close to the Obama oil flow station while embarking on repair works of some facilities.

One NSCDC personnel and three Agip staff were confirmed dead.

NAOC, in a statement issued to Daily Post via electronic mail, confirmed the incident.

“With deep sorrow, Eni confirms that a group of Eni contractors accompanied by security operatives were attacked by an armed group causing as far as we know 3 fatalities and 2 injuries”

They also confirmed that those killed were part of the contractors working with the oil multinational on a Mangrove Restoration project, which envisages the restoration of mangroves in the Swamp area of Nigeria,” the project is being seriously damaged by illegal refineries and spills due to sabotages”

NAOC also expressed concern over the precarious and worsening general security situation along the creeks and the Swamp areas of the Bayelsa and the Niger Delta region, noting that the situation which they described as precarious, has put the company, its people and contractors, as well as the local communities in danger and in harm’s way.

Recall that suspected sea pirates at the early hours of Sunday launched multiple ambushes on some workers with the Nigerian Agip Oil Company (NAOC) in Okoroma and Ogbokiri –Akassa communities of Nembe and Brass Local Government areas of Bayelsa State.

CHECKOUT:   “The woman who gave me the most special man in my life” — Vee pens emotional words to celebrate Neo's mother on her birthday

The gunmen reportedly shot dead two workers of the Nigerian Agip Oil Company and personnel of the Nigerian Security and Civil Defence Corps (NSCDC). The driver of their boat, who is an indigene of Okoroma community is still declared missing by the locals.

In the ambush that occurred at Ogbokiri-Akassa in the Brass Local Government area, six Nigerian Oil workers who were busy doing maintenance work close to their platform were abducted and taken away.

The Agip oil workers and their security personnel were attacked at about 6am on Sunday while working close to a Manifold in Bayelsa.