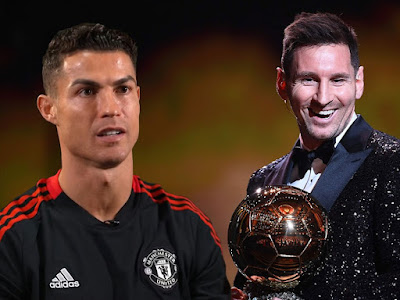 Ronaldo was absent at the ceremony in Paris on Monday but had to watch on as his eternal rival claimed yet another prize.

Messi has now won two more than the 36-year-old, whose last Ballon d’Or came back in 2018.

An Instagram account, with the handle cr7.0_lendario, listed all of the Portugal captain’s achievements this season, which includes breaking the international goalscoring record.

It wrote: “43 goals in the year, 6 goals in 5 games in this Champions League, all decisive and a guy who, regardless of age, continues to work miracles and is the guy who most impresses the world most often.

“They still put the guy in 6th… Do you really think that 5 guys did more than him in the year? Never.”

Ronaldo simply replied to the post by saying “facts” with a thumbs-up emoji. 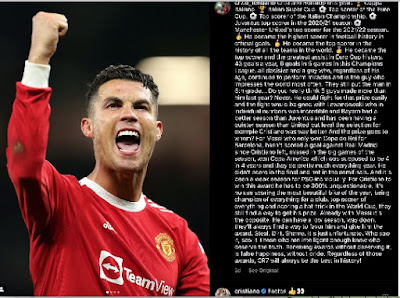 2023 Presidency: Tinubu, Osinbajo asked to step down for South-East

Lewandowski unveiled as new Barca No. 9

Killings of northerners in south will no longer be tolerated – NEF