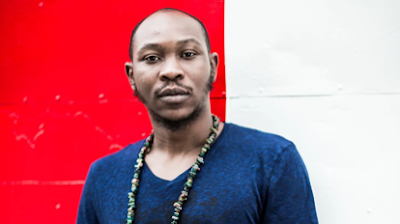 Seun Kuti, son of Afrobeat legend, Fela Kuti, has described Governor of Lagos State, Babajide Sanwo-Olu’s call for a peace walk as a political move to secure a second term in office.

Kuti said this in a video shared on his Instagram page while rejecting the governor’s invite for a ‘Walk for Peace’.

According to him, Sanwo-Olu is trying to save his political career, knowing that he cannot win a second term as governor due to the level of injustice in the state.

He advised youths not to be swayed by the governor’s move to secure a second term.

Kuti said: “This is a walk of shame. What Sanwo-Olu should say is that he will step down after his first term because this work is more than his power but no he wants to jump straight to peace.

“This walk of peace is an insult to martyrs. It is a walk for Sanwo-Olu’s political career, if this goes on we must declare work for justice.

“Sanwo-Olu cannot win second term in Lagos State , he knows his career as APC governor is over so he’s trying to build a new alliance and call himself governor of the people but that can’t happen.

“It is impossible for Sanwo-Olu to resign knowing that he is guilty. I am charging Sanwo-Olu with negligence that led to the loss of lives, he is guilty of that.”

Kuti insisted that the governor must work for justice before a walk of peace can happen, adding that the youths have not moved on from the End SARS protest.

“Work for justice Mr Governor that’s why we put you, there is no need to walk for peace is a by-product of a just society. Give justice and get peace

“You have to do things properly, dialogue with your people.”

Seun Kuti further advised youths not to fall for the tricks as this is a political move on Sanwo-Olu’s part which he cannot be part of.

“Justice is the only thing that can work for peace. Peace is not something you walk or march for.

“What is the point of power if you, our governor, cannot secure peace without march. Let justice work for peace that’s all,” he added.

Government will not countenance misconduct of public officers – Dan Botwe

Buhari may be unaware of killings, kidnappings in Nigeria – Afenifere