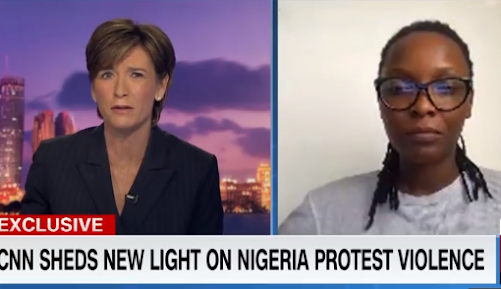 Popular Nigerian disc jockey and activist DJ Switch says the Nigerian government is a dictatorship with a democratic face.

END_OF_DOCUMENT_TOKEN_TO_BE_REPLACED

The new entry “FEM” serves as the Davido‘s first official single for the year, the song will be part of his forthcoming project, “A Better Time” album.

Finally, the eye-catching video was shot at Lagos, Nigeria and directed by Dammy Twitch.

Photos from the Lying-in-state of Yinka Odumakin

Presidency speaks on Pantami’s controversial past

Stop pushing me, I can crush you all – Buhari to bandits